Tidworth Community Area covers 183km2 of rural countryside in the east of Wiltshire bordering the county of Hampshire. There are two main settlements, Ludgershall and the garrison town of Tidworth.

The town of Tidworth came into being with the acquisition by the Army in 1897 of large tracts of Salisbury Plain as a training ground. Since then the area has been dominated by the Army and the Tidworth, Netheravon and Bulford Garrison has now been designated as part of one of the country’s first ‘super garrisons’.

Wiltshire as a whole is a fairly affluent local authority, however there are pockets of deprivation. A map of deprivation in Tidworth Community Area is provided below. 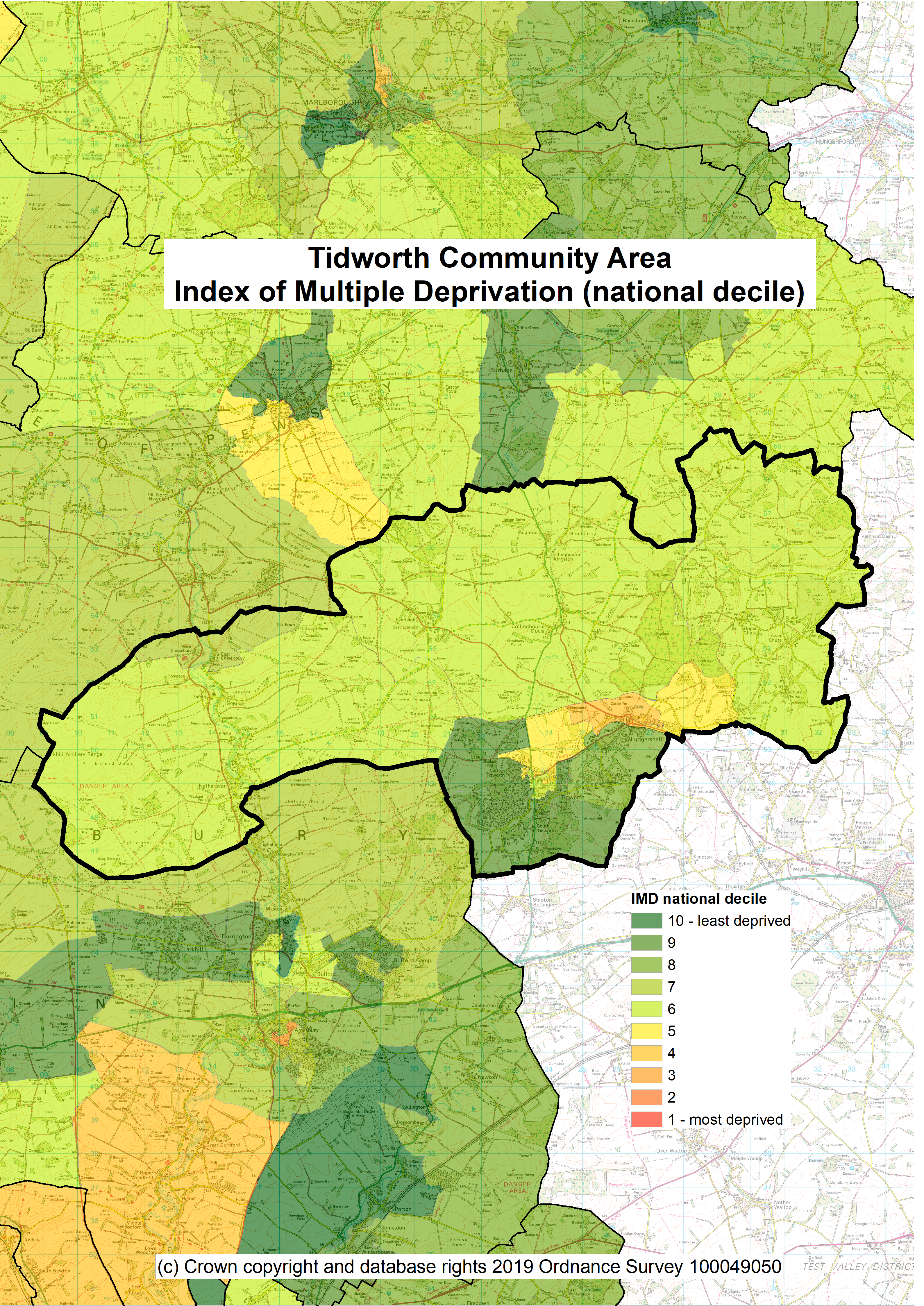