Malmesbury Community Area covers 245km2 of mainly rural countryside in the north-west of Wiltshire. It is dominated by one major settlement, the ancient market town of Malmesbury.

Malmesbury as a town sits on an easily defended hill in a bend of the River Avon and can trace its civic status back to the days of King Alfred who is reported to have granted a charter for the town as early as 880.

The surrounding area is one of small villages and farms and is very rural in nature. There are 20 parishes across the community area and no other towns. The countryside and its villages have many buildings built of the local limestone which gives the area its Cotswold character.

Wiltshire as a whole is a fairly affluent local authority, however there are pockets of deprivation. A map of deprivation in Malmesbury Community Area is provided below. 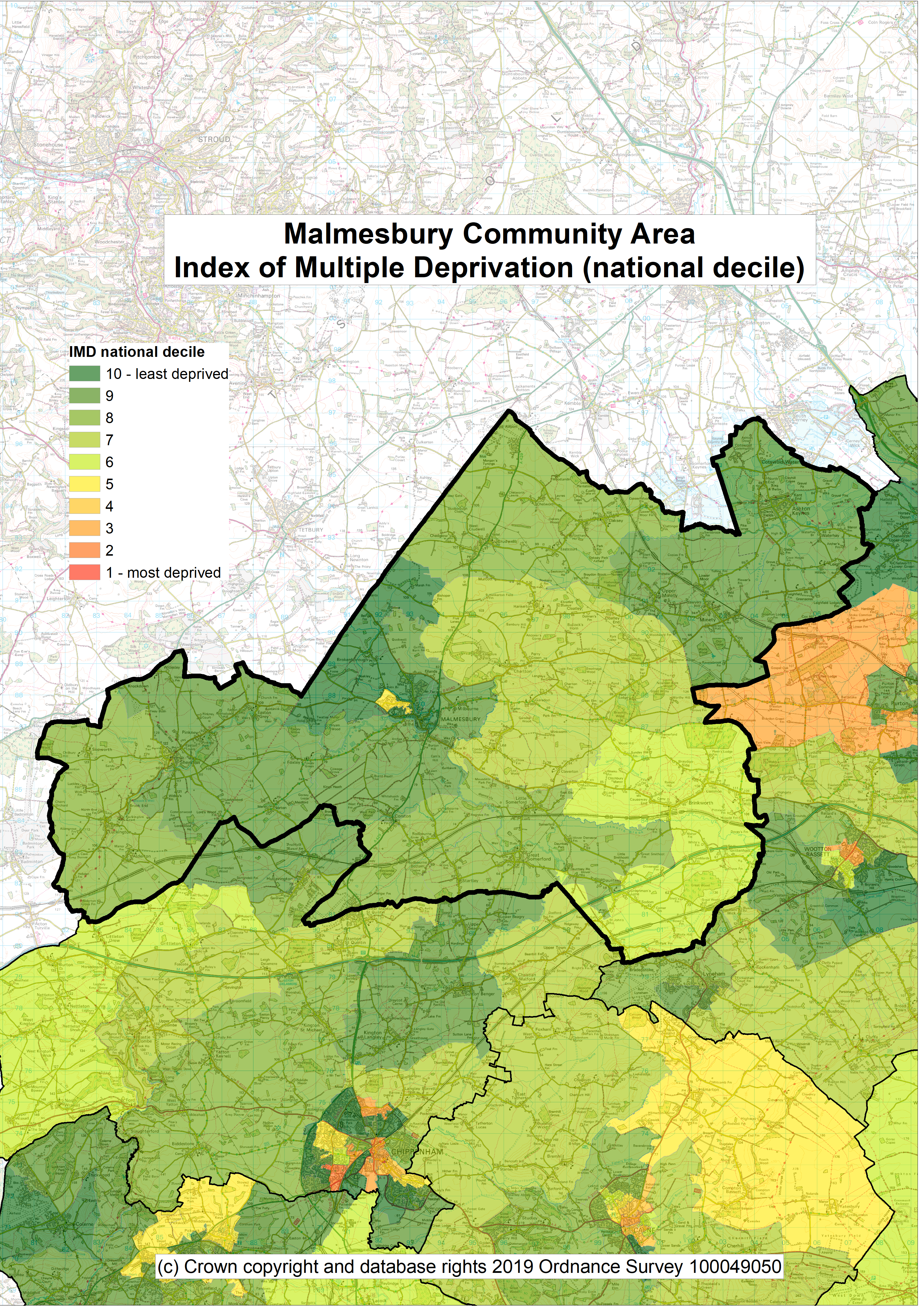