Chippenham Community Area covers 159km2 of countryside in the north west of Wiltshire. In terms of population, it is the largest community area in Wiltshire. It is dominated by the one major settlement, the historic market town of Chippenham.

The river Avon flows southwards in its broad valley through the claylands along the eastern edge of the Chippenham Community Area, and Chippenham itself was established in one of the river’s main meanders. The area surrounding Chippenham is one of small villages and farms and is very rural in nature. There are 16 parishes across the community area and no other towns.

The population of the town has doubled since the 1960s, and is now the largest town in Wiltshire. Castle Combe, historically speaking, is an industrial medieval town, but its modern accolade of ‘the prettiest village in England’ has meant it is a tourist attraction.

Wiltshire as a whole is a fairly affluent local authority, however there are pockets of deprivation. A map of deprivation in Chippenham Community Area is provided below. 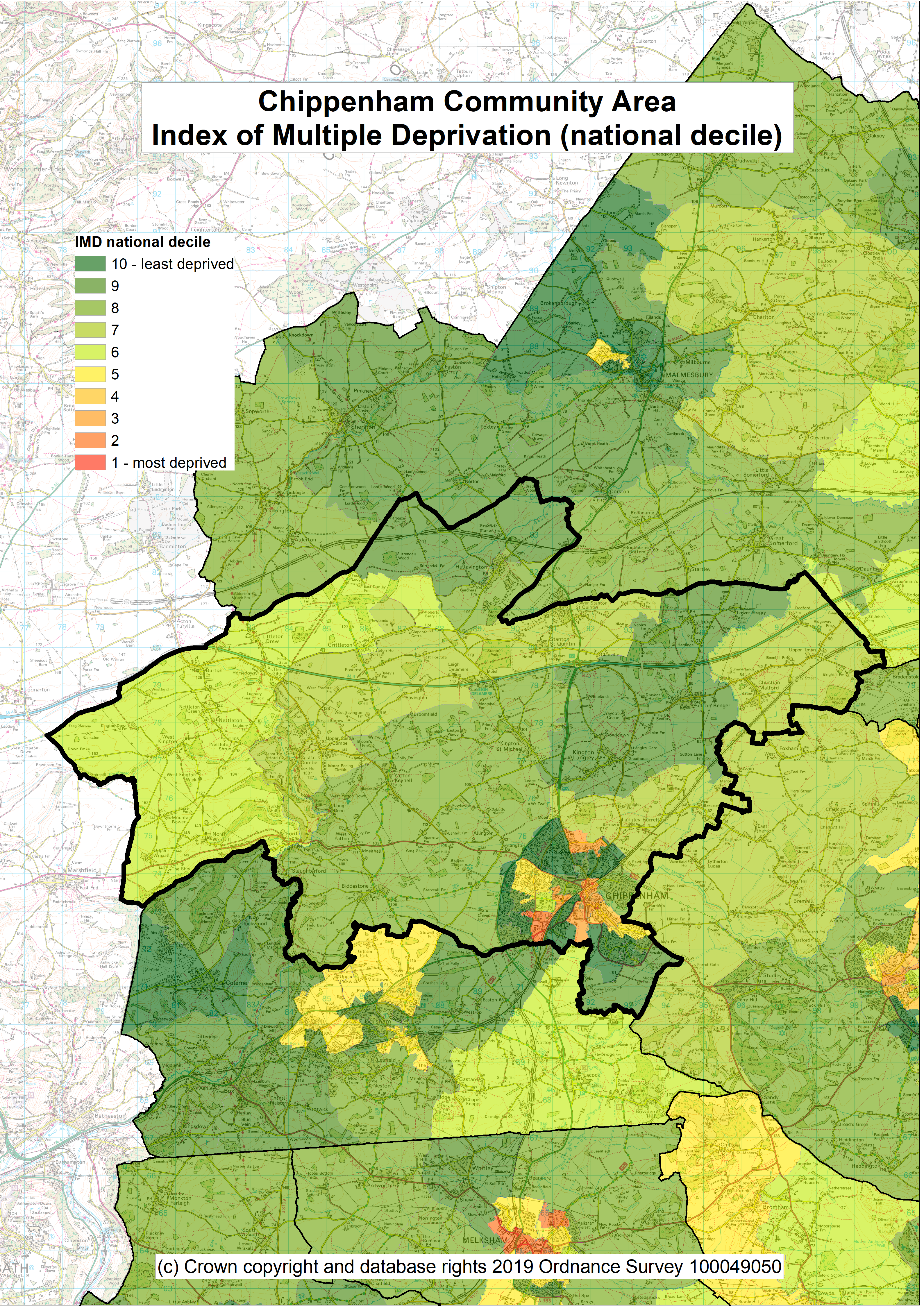