Bradford on Avon Community Area is made up of 59km2 of urban and rural countryside in the west of Wiltshire. It is dominated by one large settlement, the ancient market town of Bradford on Avon.

The town has a history dating back far earlier than the Saxons, whose lasting legacy is the little church of St Laurence. Excavations in the playing fields of St Laurence School have revealed one of the largest and certainly richest Roman Villa sites in Britain with a series of remarkably well preserved mosaics. The surrounding area is one of small villages and farms and is rural in nature.

Wiltshire as a whole is a fairly affluent local authority, however there are pockets of deprivation. A map of deprivation in Bradford on Avon Community Area is provided below. 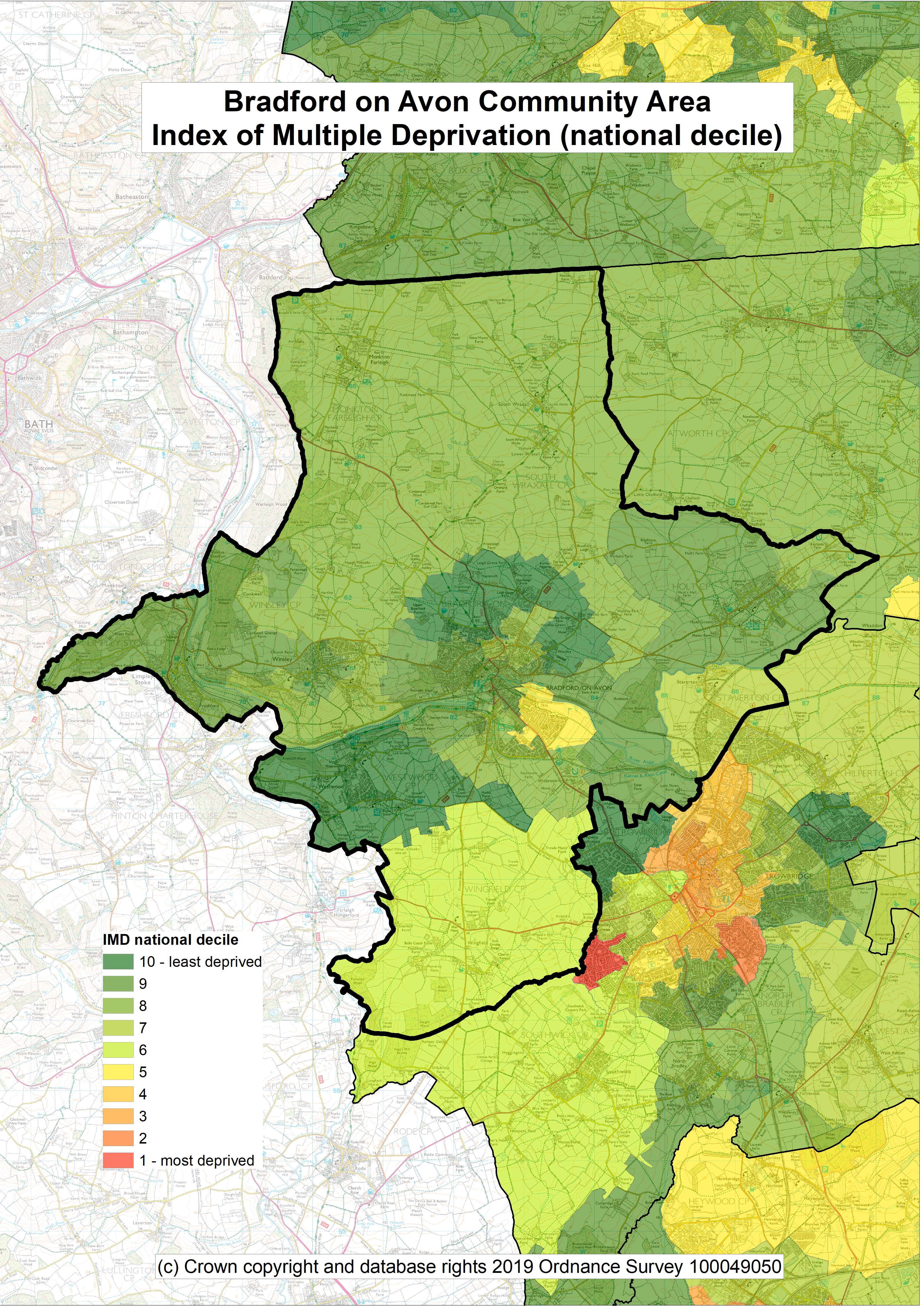